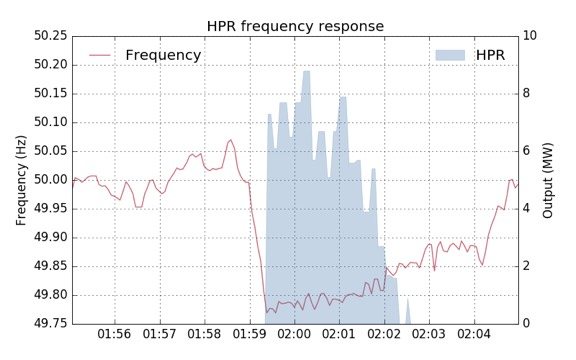 Here is an interesting article which apparently not made the mainstream press. We thought that is may be of interest to all Australians who are interested in sustainable renewable energy.

By Giles Parkinson from Renew Economy

The Tesla big battery is having a big impact on Australia’s electricity market, far beyond the South Australia grid where it was expected to time shift a small amount of wind energy and provide network services and emergency back-up in case of a major problem.

Last Thursday, one of the biggest coal units in Australia, Loy Yang A 3, tripped without warning at 1.59am, with the sudden loss of 560MW and causing a slump in frequency on the network.

What happened next has stunned electricity industry insiders and given food for thought over the near to medium term future of the grid, such was the rapid response of the Tesla big battery to an event that happened nearly 1,000km away.

But in reality, the response from the Tesla big battery was even quicker than that – in milliseconds – but too fast for the AEMO data to record.

Importantly, by the time that the contracted Gladstone coal unit had gotten out of bed and put its socks on so it can inject more into the grid – it is paid to respond in six seconds – the fall in frequency had already been arrested and was being reversed.

Gladstone injected more than Tesla did back into the grid, and took the frequency back up to its normal levels of 50Hz, but by then Tesla had already put its gun back in its holster and had wandered into the bar for a glass of milk.

So why did the Tesla big battery respond when not contracted?

One reason is because it can, and so it did.

The other reason is less clear, but more intriguing. It is contracted to provide such grid services by the South Australia government.

The details of that contract are not released, but it wouldn’t surprise if that contract allowed, or even encouraged, such intervention – just to rub in the message about a cleaner, faster, smarter grid to the technology dinosaurs in the eastern states.

For more go to Renew Economy