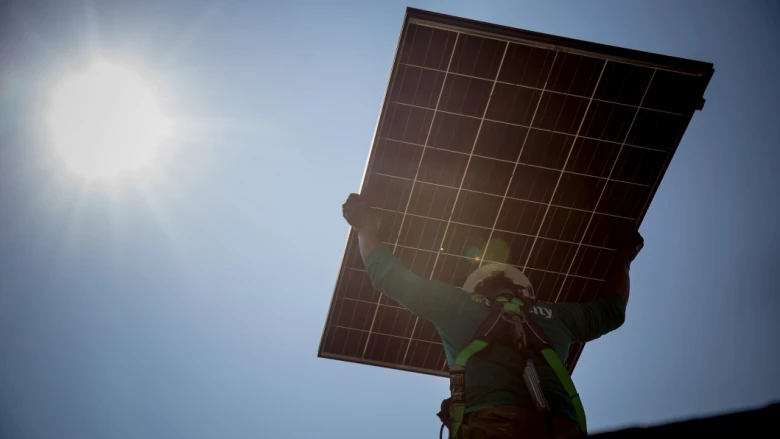 Warning solar scammers Victoria. Below is an article about the impact these scammers are having on Victorian residents.

Story from The Age Newspaper

“Cowboys” are already trying to cash in on the state government’s billion-dollar solar power subsidy promises, with householders warned to beware of cold-calling by dodgy operators.

Solar Victoria, the agency set up to manage the big subsidies program, says it is concerned about reports that “unscrupulous people” are emerging to try and take advantage of households trying to access the scheme.

One industry veteran told The Age that big government subsidies were attracting “cowboys”, who are trying to get households to pay for substandard panels and other equipment, and performing dangerous installations by unskilled workers.

The state Labor government has promised about $1.3 billion in subsidies as part of its election pitch, offering to help pay for rooftop solar panels, solar hot water systems and battery storage.

Labor says it expects more than 650,000 households across the state to sign up, creating a potential bonanza for the local industry.

But less than a month after the announcements began, Solar Victoria has begun to receive complaints from householders targeted by suspicious-sounding cold calls.

The agency’s chief operating officer, Jonathan Leake, said fewer than 20 reports had been received but issued a warning about the potential for shonky operators who “apart from ripping off people by selling dodgy products … undermine the reputation of the good operators in the solar industry.”

More than 12,000 households have now registered their interest in the various subsidy schemes and Mr Leake warned would-be solar households that a cold-call from someone trying to sell solar products should be treated with extreme caution.

“Scammers and inaccurate marketing can cost you money, lead to a dangerous installation or result in you missing out on your solar homes rebate,” he said.

One local solar industry veteran, speaking on condition of anonymity, warned that generous subsidies would act as a magnet for “cowboys”.

“Anytime the government gets involved in schemes, what they do is they obviously stimulate the industry with free money,” the industry figure said.

“We’ve been through four times already, we call it the solar rollercoaster.”

The solar operator warned that vulnerable Victorians were most at risk.

“The first thing they do is make sales through telemarketers, normally based overseas, then start to hassle Victorians, and they normally target the vulnerable,” the industry veteran said.

“They do whatever they can to make sales, then put the cheapest, nastiest equipment they can get their hands on on these peoples’ roofs.

“They don’t care what happens next, because they are only in it for four or five years to make money, then they get out.”

The government has gone to some length to protect itself from criticism that it is setting up a repeat of the loft insulation debacle, the Rudd government’s notorious home insulation scheme which was linked to the deaths of four young workers as inexperienced operators flocked to cash-in on the generous federal government subsidies.

Mr Leake emphasised the protections built into the new solar schemes saying Solar Homes program was designed to minimise the opportunity for scammers by requiring customers to use installers registered with the Clean Energy Council and products approved by the CEC.

“Neither Solar Victoria or the government will ever cold-call or visit anyone to promote the Solar Homes program or sell products,” he said.